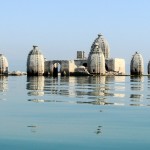 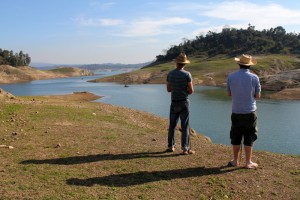 Our second day at Basunti and it’s 8.30am, a temperate mist hangs over the garden but the stretch of mountains to the North are clear and crisp. The birds are washing themselves enthusiastically in the baths and Sumna pads across the veranda with warm chapatti’s and omelets for breakfast. It’s already 23 degrees when we set off an hour later. Dad has packed a lunch for us and we grab the long-range lens, sun lotion, our straw Indiana Jones-style hats and head through the jungle towards the still lake below.

On the way down we pass a patch of charred earth and blackened wood. “That’s where they burnt the old lady” dad says nonchalantly. “What?!…   why?” I asked, imagining an angry mob dragging a screaming grandma to her death, ‘Sati reasons?’ “No, no..,” he says. “She died of old age. It was her funeral”. “Oh, good… that’s OK then”. Sati, the practice of burning widows alive, still happens in India though it’s thankfully less prevalent than it used to be.

We reach the water’s edge and drag the canoe from the rocks, stepping in carefully.  It’s bigger and heavier than I remember it from last year but glides gracefully through the water. I succumbed to gender stereotypes and let the men do the rowing, while I sat in the middle, somewhat unlady-like, in a puddle of water at the bottom of the boat, camera at the ready. “Bollocks”, I said, “I forgot to charge the camera battery…hmm… one bar”. We all agreed it would have to do and launched off into the open water in search of the Batu Temple, via a route Dad had never taken before.

I have been to the Bathu Temple once before, some years ago around the end of April when the water had dropped so much that it was standing on completely dry land and could only be reached by jeep. At this time of year the seventh-century temple is visible rising out of the water like something out of a Spielberg film and can only be reached by canoe.  The impressive, stone-carved towers are mirrored in the emerald waters that swallow the structure whole each year, eroding the detailed carvings and washing away more and more history with each monsoon. 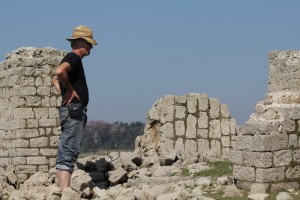 We, or more accurately they, rowed for about 45 minutes and docked on a small island with the remains of what was either an ancient temple or a look-out point, though in the words of Eddie Izzard critiquing Time Team, it rather looked like a ‘series of small walls’ as opposed to any sort of structure. Tony Robinson would have a field day out here. In fact, we decided, we should invite him, Attenborough and Bill Oddie to form the perfect expedition team.

We continued in what Dad said was the ‘general direction’, flocks of birds taking off as we rowed by, the sun was beating down.  I dipped my hand in the refreshing water and let it run through my fingers, humming the Jaws theme tune in my head. It can’t be helped sometimes. 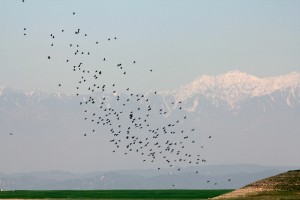 Up ahead the water seemed to be narrowing into a meandering gully that twisted and turned within the meadow.  We couldn’t see where it tailed off, and so decided to follow it for as long as we could. It felt exciting, as though we were exploring unchartered waters, claiming new lands, discovering new species…until an Indian couple wondered down to the waters edge to watch the strange foreigners trying to navigate through a gully that was clearly going to dry up in the middle of nowhere. They smiled at our clueless optimism on the way in, and smiled again when we were forced to turn around some 30 meters down and pass them once again on our way out.

Further down we decided the only thing for it was to dock the canoe and walk over a stretch of land to see if we could carry the canoe to water on the other side. To our surprise, the expanse of green quickly turned into a meadow of wild flowers, blues and purples and bright yellow mustard flowers at waist-height spreading out ahead of us.  And then just in the distance, there it was. 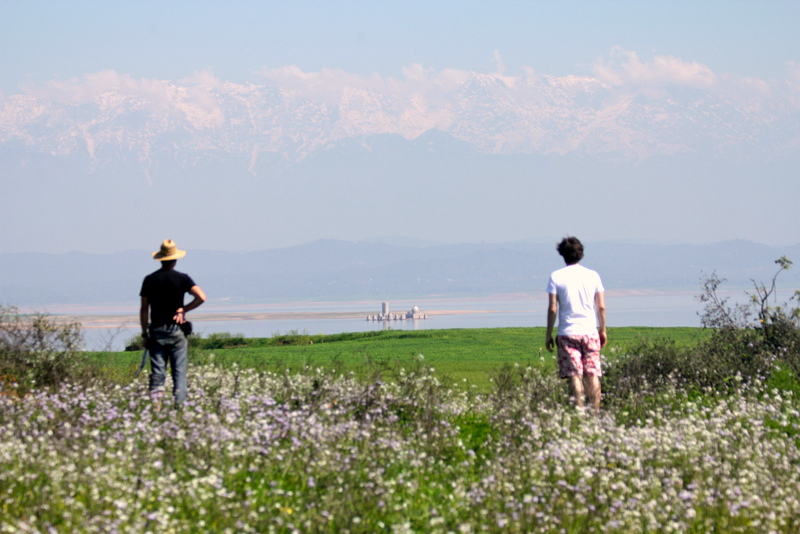 It was a stunning sight amongst the flowers; I trailed behind Dad and Jono to get a shot of them standing, like rugged explorers, surveying the landscape, the temple looming on the horizon, just out of reach.

That was the moment my battery died. It was also the moment we decided there was no way we would be able to carry the canoe that far over land to reach the water. We turned back, pleased that another expanse of wilderness had been explored, but keen to try again.

“I think we go the other way next time”, Dad said, “and remember to charge your camera”.