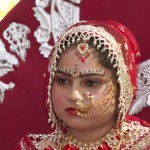 An unexpected wedding for the Monica Voss yoga group at Basunti 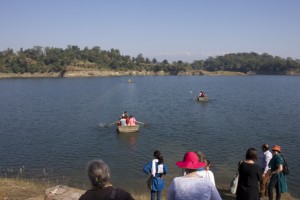 On the same day that sixteen lovely ladies arrived to do yoga with Monica Voss at Basunti, a wedding invitation was delivered. It was the daughter of our government electricity man, who comes to read the meter and have a cup of tea, who was getting married. When I explained that we had a full group and that Raju and I could not take the time off, he said “no problem, bring everyone.” I explained the situation to Monica and she said that everybody would be delighted to come. Although I was asked why we were being invited, when nobody knew the bride or groom, I assured them that this was not unusual. 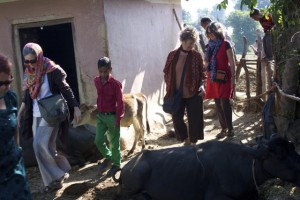 marriages were taking place. We ended up having a most unusual journey. This involved everyone walking a kilometre down the Basunti track, then cutting down a steep path to the lake. We took local fishing boats to the other side and then walked another half a kilometre, through jungle and tilled fields to the village of Lalwana. It was not difficult to find the house where the wedding was being held, as the throbbing Bangra music could be heard from Basunti.

Much to the enjoyment of the villagers, quite a few ladies from our group joined in the dancing, in a big marque erected for the occasion. This was then followed by being photographed with the bride and groom. After this a Pooja was done in the main courtyard of the house, which involved 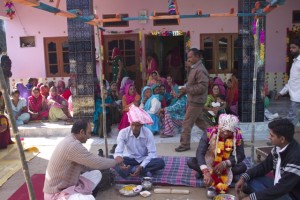 two pundits, the father of the bride and the groom. We were then fed village style, which involved sitting on the floor and being served food from steaming cauldrons. The meal consisted of cinnamon rice, mutta paneer (cheese and peas) and various vegetable dishes. I never have any problems eating wedding food, as everything is cooked fresh. This I explained to the group and I think most of them had an excellent lunch. One golden rule is never drink the water, which everybody accepted. After eating, we gave the gift (money) to the father of the bride and made our way back the way we had come. A beautiful, unusual, sunny day out; I think everybody from the wedding and the group will remember it for a long time to come. 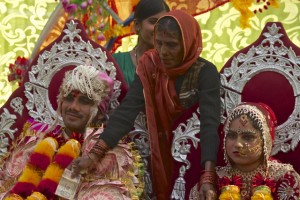 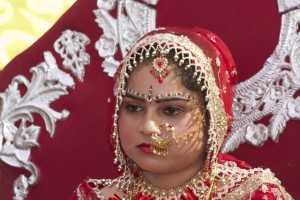 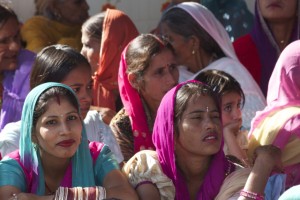