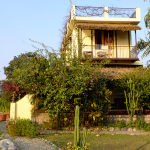 Spot the Difference: Basunti Then and Now

We recently rediscovered some photographs of Basunti taken in 2007, and subsequently shot the same angles again to show the tremendous changes that have taken place in just seven years.

In this first image of the main house from 2007 the walls are positively pink and the balcony for the suite has yet to be built.
The veranda doesn’t extend around the southern aspect and its thatched roof is still four years from a tiled replacement.
There is no bridge and the ponds on this side are still a figment of an imagination. 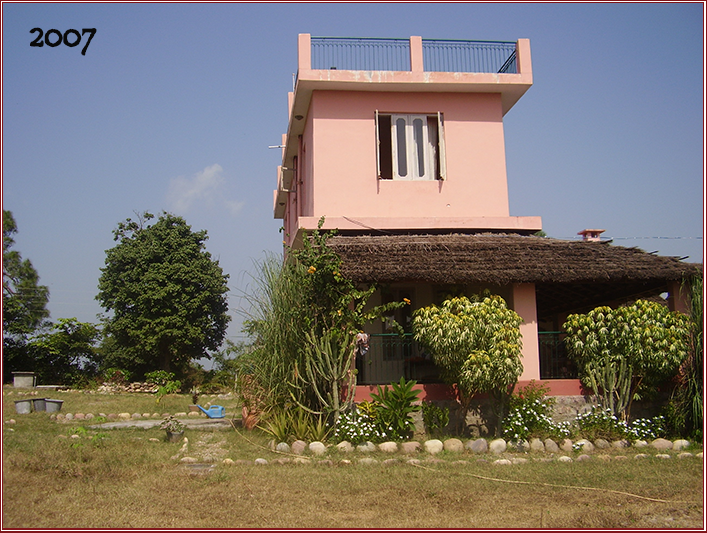 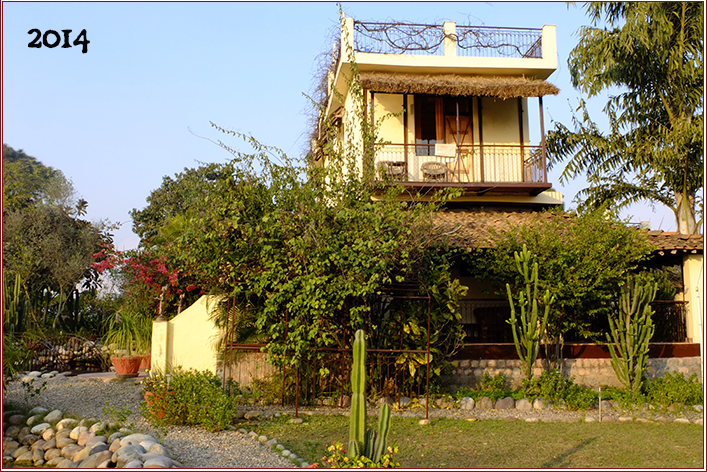 This next view of the main house from a different angle reveals the absence of a pond, an abundance of thatch, and shows the windows in their former incarnation.  In today’s photograph note the relocation of the dead tree trunk and the prolific growth of the fishtail palm tree!  The candelabra cactus in the corner and the Smoke bush in the foreground have also done exceptionally well. 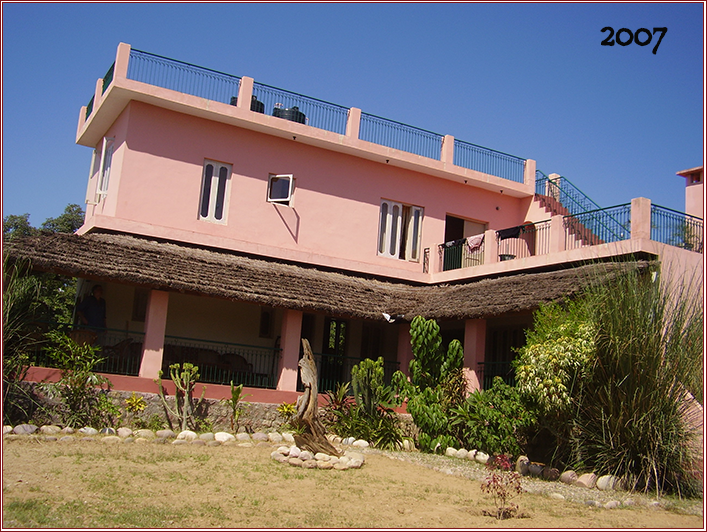 The differences between these next photographs of the Yoga Koti are stark and need no explanation as the garden speaks for itself! 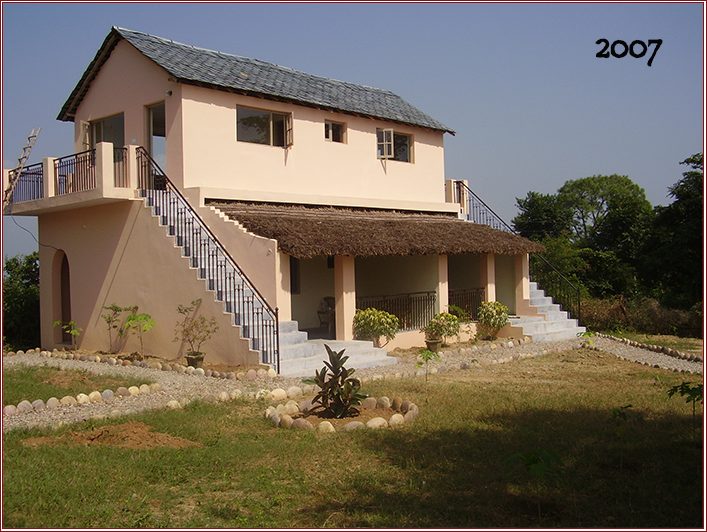 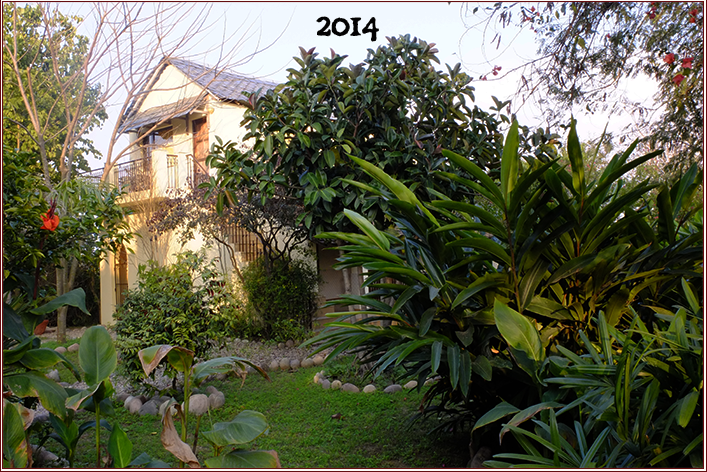 From a different angle the view of the Yoga Koti is still very much obscured by seven years of greenery. 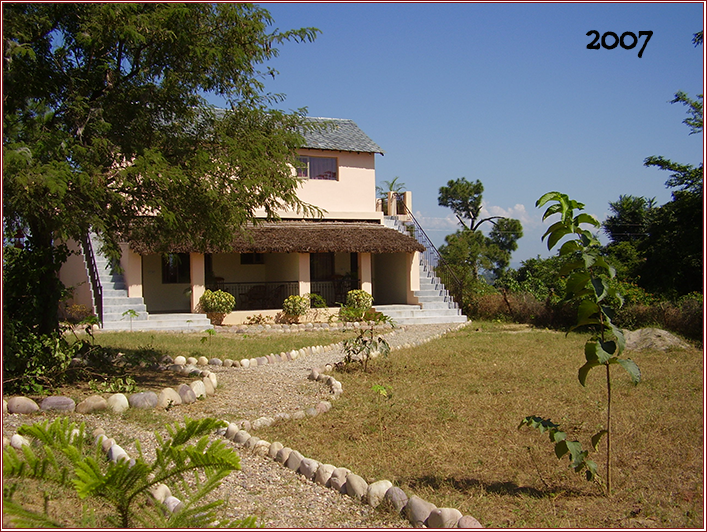 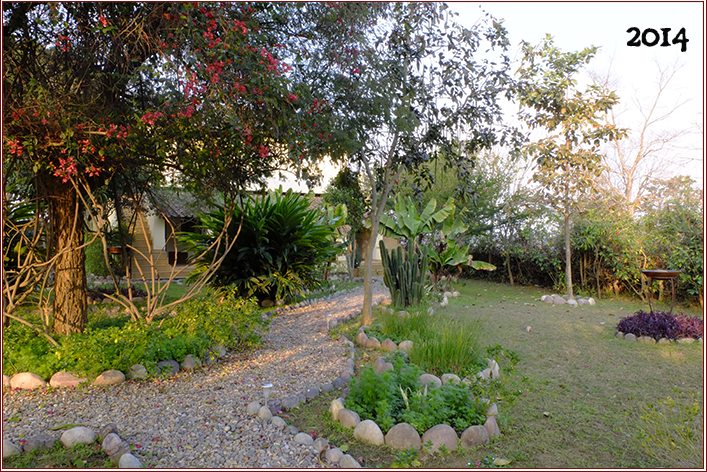 No longer exposed and set in rather bleak surroundings, the yoga shala now stands amidst luscious flora and rich vegetation. 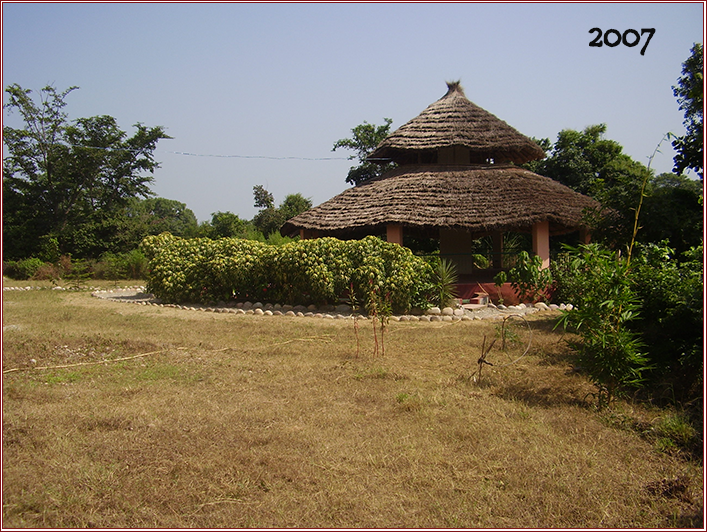 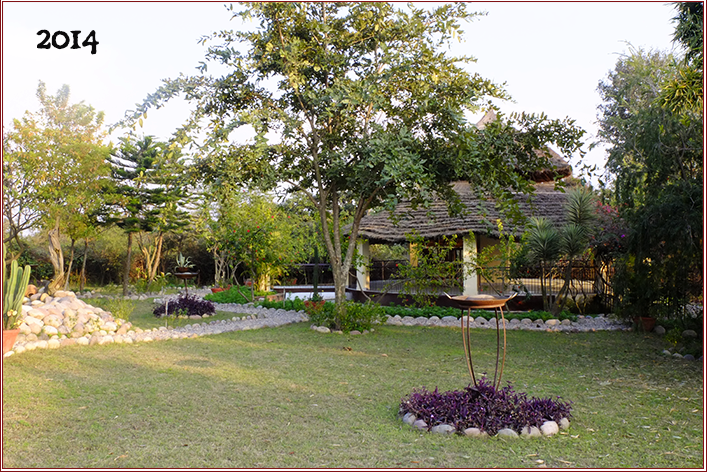 We’ve saved the best until last! 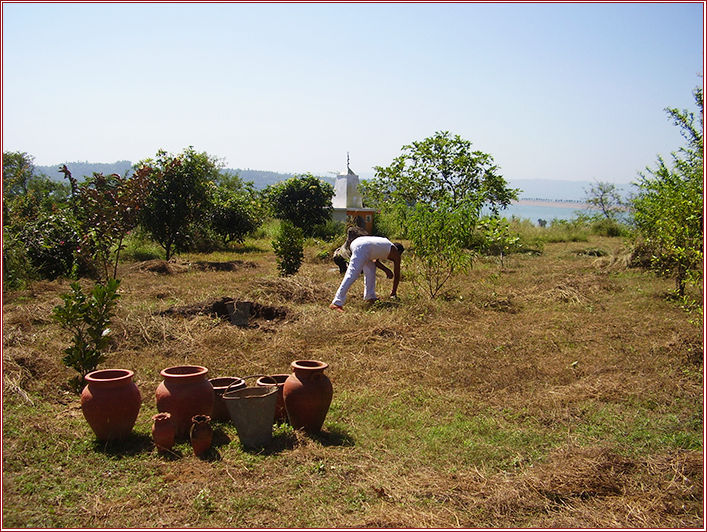 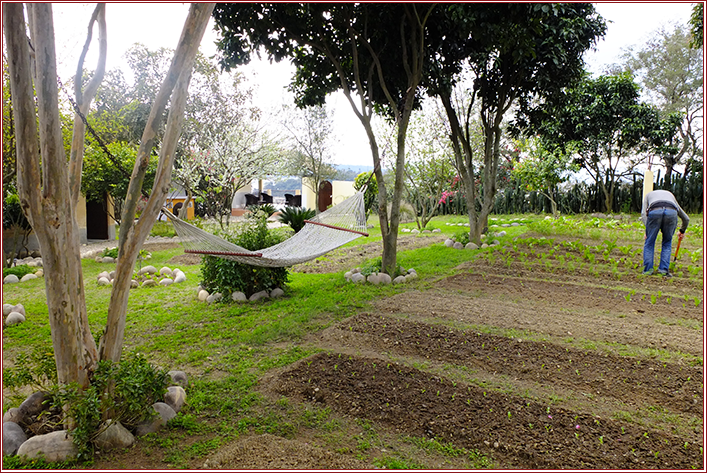 Taken from a slightly different angle, with only the temple acting as a point of reference, this recent photo of the Basunti garden shows just how far its come, although it doesn’t quite do the garden justice.  From a virtual scrubland, the top garden is now host to twenty vegetable and salad beds, a hammock, the newly-established Sundowner Deck, the massage room and swimming pool pump house.  Not to mention the very many trees, including: peach, plum, pear, avocado, fig, wild date, pomelo, guava, mango, kumquat, clementine, fig, orange, hibiscus, sweet lime, olive, lychee, pomegranate…