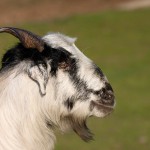 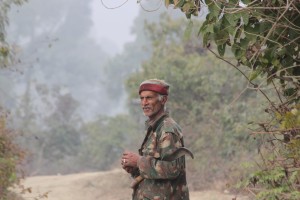 This old man appeared out of the mist last night with over two hundred sheep and goats. He had just walked all the way from Dharamshala, Himachal Pradesh, and is going to spend the next six weeks camping on the meadows below Basunti, where he can be seen from the yoga shala. He will then walk back and go over the mountain passes to graze his sheep on the high altitude meadows.

He came into Basunti to ask for drinking water and explained that he is one of the remaining few, still working as a shepherd. None of his sons want to do it and have all gone to Delhi for work. He said he will continue to do it as long as he can walk and climb, but is frightened by the future. His whole life has been spent in the jungle and the thought of sitting at home depresses him. 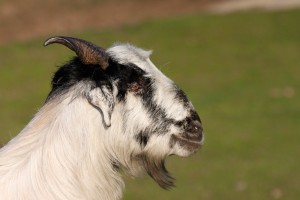 An amazing character, think he relates better to sheep and nature than he does to people.