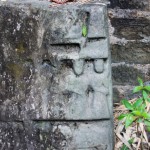 A trip to The Lost Snake Well.

Finally got around to doing the proposed trip to the well. Decided to go by the land route, as the weather has been really unpredictable and it was not safe to take a canoe out.

My truck driver friend Rajinder, heard that I was going to his neck of the woods and insisted that I needed company. Also that it was not safe to wonder around on my own, as a leopard had been seen in the vicinity. The end result was that I was accompanied by Rajinder and his friend, both armed with ancient shotguns, plus four guys with Machetes, along with Raju and his son Vinod.

Turned out that the machete wielders were extremely useful, as the path had become completely overgrown and I would not have made it without their help. The final ascent to the fort complex is not for the faint hearted. An almost vertical climb on loose rock, with a fifty metre drop on one side. Absolutely worth it, as the place is truly magical and the fact it is covered in ruins makes it even better.

Did not manage to get to the well, as the only path has disappeared leaving a deep crevice. Will have to go back from the lakeside to get the necessary measurements. 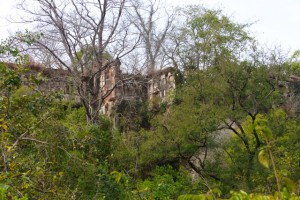 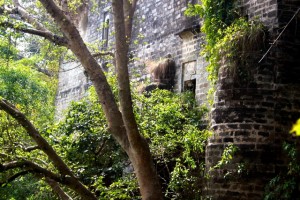 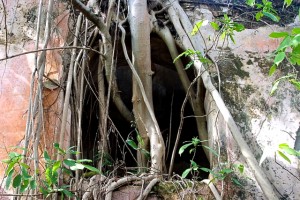 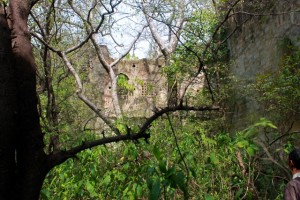 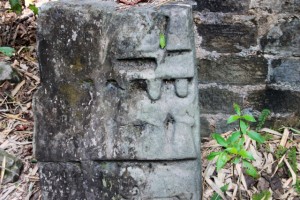 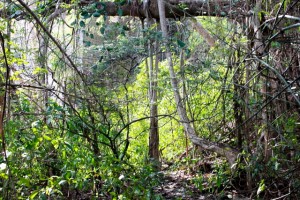 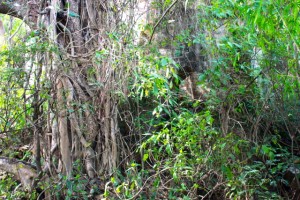 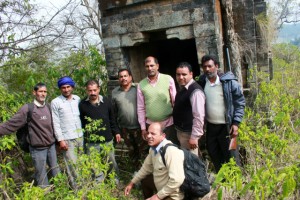