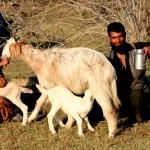 Gaddis, Gujars, weather and the vegetable garden at Basunti 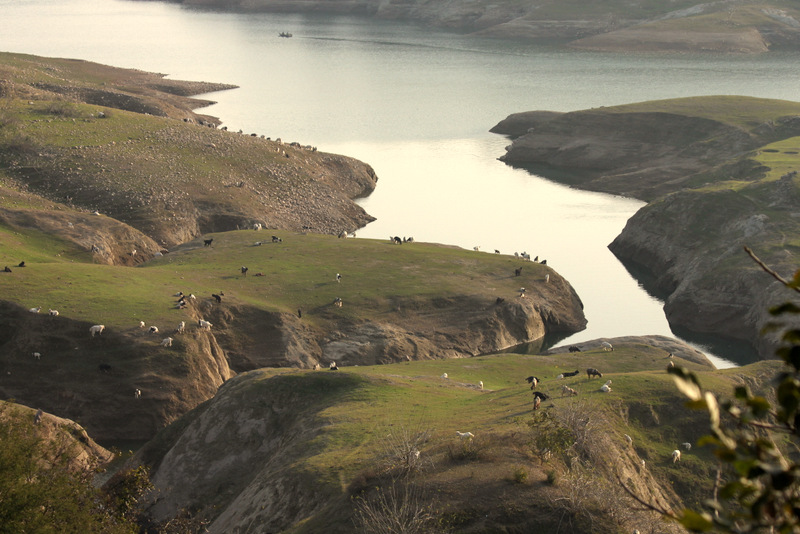 This was supposed to be about the Gaddi Shepherds, who arrived back to Basunti three days ago, after an absence of nearly two years. I was hoping to get some photographs of them in traditional dress, leading the mixed flock of goats and sheep across the meadows. Went down this morning to find the camp deserted and was told by a local fisherman that they had left early in the morning. They decided to go to the other side of the lake, as the grazing here was not enough to sustain such a large number of animals. The Gaddis are a semi-nomadic people, passing through their hill villages in the Spring, on the way up to the Himalayan high Alpine meadows. Also stopping on the way back, when they come down to the winter grazing grounds on the borders of the Punjab. 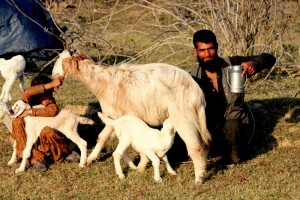 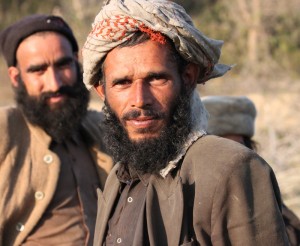 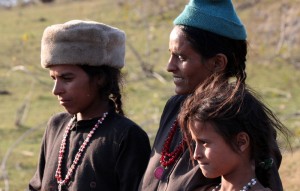 The main reason why the grazing is so poor is because of the lack of winter rain, only one decent shower has occurred, since the last Monsoon rains 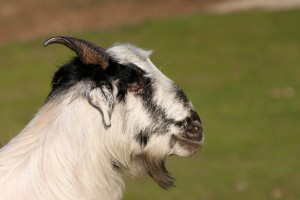 at the beginning of September. The other reason is that the Gujars were here earlier and they had a huge flock of goats. The Gujars are a truly nomadic people, moving with the seasons and the availability of fodder. They traditionally travel with Buffaloes, which they keep for milk, but since the increased demand and cost of goat and sheep meat, they have started moving into that market. Goats are a lot easier to keep and feed than Buffaloes and the high prices paid, by an increasingly affluent Indian society, make it well worthwhile. The other reason that the Gujars have started changing their livestock is that the Gaddis are beginning to stop their semi-nomadic lifestyle. The Gaddi villages, being situated where they are, have started becoming increasingly prosperous due to the advent of tourism. The result of this is that the younger generation do not want to spend ten 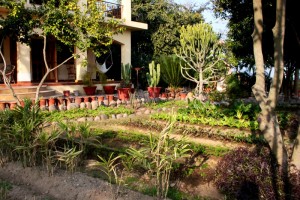 months of the year camping in the wild. They would much rather stay in the village and get a job working in the many hotels or related business that have started, due to the huge increase in Indian tourists over the last few years.
The beginning of this month started unusually cold for this part of the world, the temperature actually dropped to four degrees Celsius one night. This was due to a huge blanket of mist that was covering most of North India. The mist has since cleared and we are back to cool nights and beautiful sunny days. The vegetable garden is just loving it, should be harvesting some bumper crops when the first of the yoga groups starts in early March.